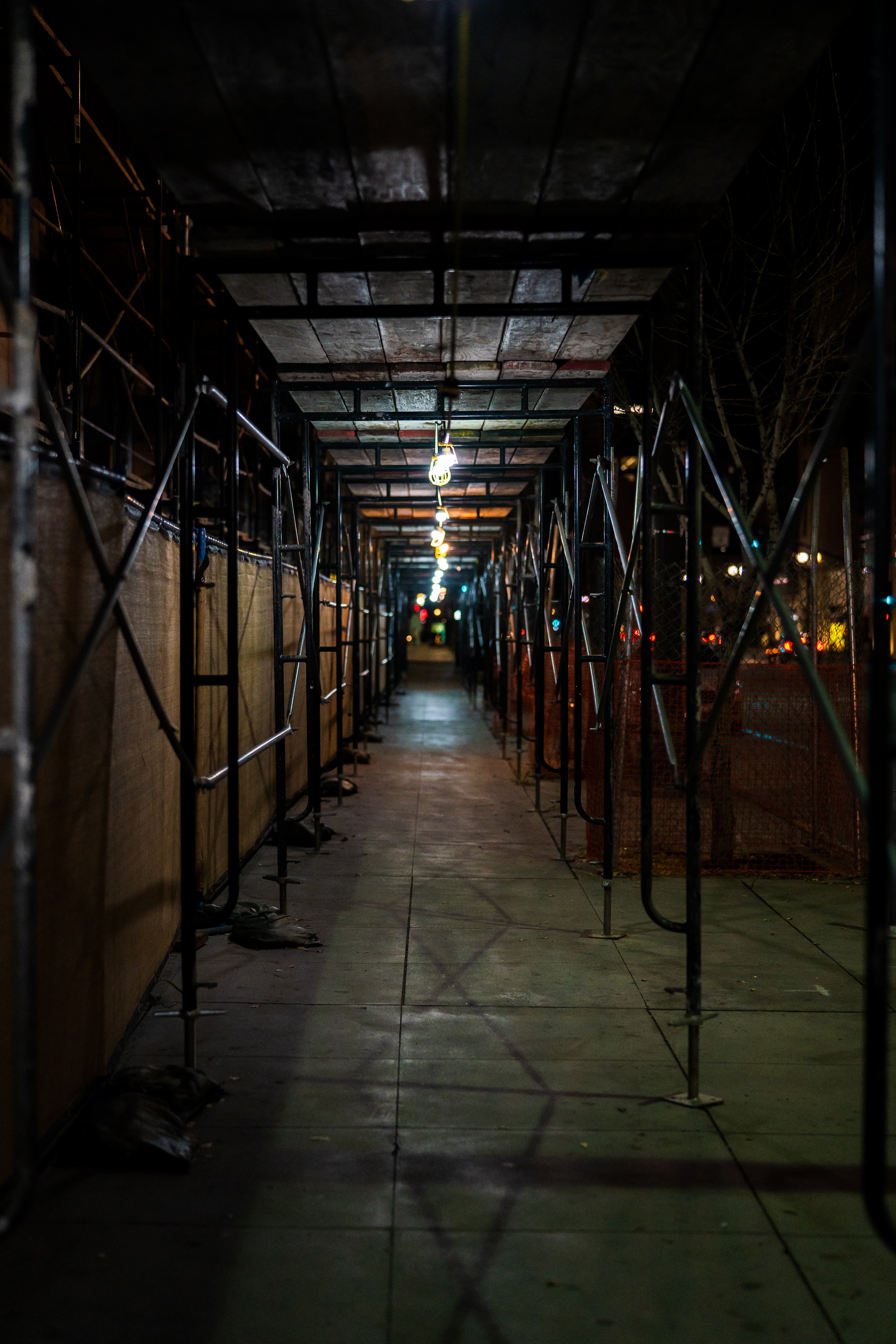 Photo by Anthony Bautista on Unsplash

Content Warning: In this post I talk about the attempted rape I endured as child, as well as physical abuse, neglect, etc.

I want to tell you a really horrible story, and then I want to tell you a couple more things, and by the end of it all I plan for the primary feeling you get from this post to be gratitude and awe, and a sense that maybe everything could be okay after all. I don’t know if that’ll happen, though. So if you go forward, please know that it starts out really bad. Attempted child rape bad. But it gets better from there.

And if you’re reading and at any point think you wouldn’t have survived this, or if you’re thinking I’m being dramatic or taking poetic license to evoke an emotional response, both thoughts are incorrect. In my experience, whether or not hard times kill you has extremely little to do with your ability to cope and everything to do with privilege and luck.

When I was 13, I got kicked out of my house because my grandfather tried to rape me and my grandmother caught him in the act. She screamed, and howled and pulled on his legs so hard he fell five feet straight out of my bunk bed. He hit is head on the railing on the way down.

Up to that point, he’d been such a violent asshole that when I woke up with him on top of me I was sure he was there to kill me. When he started kissing me, I froze. Every cell of my body froze. My chest hurt from not breathing. Then my grandmother came in.

After that, I spent a lot of time with my newly sober mother. Then one day I came home from school to find my room cleared out. Everything I owned that wasn’t already completely outdated was in a gym bag and a couple of backpacks on the floor.

It took me years to connect the dots. I’d been beaten so severely by that man and for so much of my life that crossing that boundary hardly registered. By kicking me out before he raped me instead of after, my grandmother did me the favor she didn’t do for my mother. Another thing I didn’t know at the time.

I don’t remember what season it was, and I don’t remember how much longer after that Thanksgiving was. But I do know it was 1998, the last year of a strong El Nino. And that it was under 50 degrees at 6am Thanksgiving day when I found myself in a park in downtown Pasadena. I was under-dressed in my usual converse hightops, worn dickies, and a thriftstore t-shirt I’d probably mended several times at that point.

I was working for my grandmother then, doing landscaping and maintenance on the house I got kicked out of for $5 an hour. When I worked more than one day in a row, I slept in a disconnected trailer in the yard. It had a cord through the window that powered a small lamp, a TV and nothing else. She didn’t feed me, but sometimes I took food even though she complained that it wasn’t mine. I went inside to use the bathroom, but that was it. Most of this was at my grandmother’s insistence. Although I wasn’t interested in going near the house either. Just a few weeks of living with my mother and not being physically attacked at random made a big impression on how I felt I should be treated. Which completely backfired on my mom when she did start physically abusing me, but that’s a story for another time.

That morning I was on my way to work and because of the holiday, had a two hour wait for my connecting bus. Every store was closed, so I walked to a nearby park where I found what I think was a group of volunteers from Union Station setting up to feed the homeless. I asked a guy arranging tables if I could help out. I had an ulterior motive that maybe if I helped I could get some food too, but also I was bored and cold and wanted a distraction. Unexpectedly enraged, he shouted at me that people like me only want to help once a year and where were we the other days and seasons when people are hungry all year round?

Ironically, for several summers and most school breaks my mom and I were feeding people on skid row every Tuesday and Thursday with an organization called Frontline. I don’t know if I tried to tell him this, I seem to have a vague memory of him asking why I wasn’t with them if I already had a group. I do remember feeling like I couldn’t say anything that would make this man not hate me. I was pretty aware that his outburst had nothing to do with me, but I also had little enough experience with normal human interactions that it didn’t seem weird for a grown man to shout down a 13-year-old child in a public place.

I do remember turning my back so he wouldn’t see me cry as I walked away. I also remember someone else calling out to me, but I didn’t turn around. At the time I was sure they were also going to yell at me or worse. Looking back, they probably realized that their colleague had just lost it on a kid who was alone in a park at 6am and were trying to make it right.

I ran back to my bus stop, terrified they were going to follow and beat me up, or worse, try and find my parents. I cried and cursed myself for being so stupid. I was well aware that a child services case would yank me from every meager resource I had at the time and put me back into a very vulnerable position, even though I was the safest I would be for my entire childhood.

The cold wind in my clothes as I ran through the empty streets only made everything worse. Here I was, alone, freezing, hungry, and every single kind of unwanted on Thanksgiving.

I don’t remember getting to the bus stop, I don’t remember the ride to work, nor do I know what, if anything, happened once I got there. But that wasn’t the first Thanksgiving I spend working. I worked every Thanksgiving until I graduated college eight years later and got my first job with paid holidays.

After that, I did a few things. I went to friends’ houses or events, but mostly I started my own tradition; somewhat out of the memory of that cold and lonely morning, but also from a desire to have something that truly belonged to me. Coming from a family that didn’t celebrate it, Thanksgiving didn’t have the same toxic stink that Halloween, Christmas, and my birthday did. Being a strong believer in the power of a gratitude practice also lent itself to the meaning of the holiday.

My traditional Friendsgiving pot luck started around 2008 or 2009, but we called it Orphan Thanksgiving back then. Anyone who had any vague connection to me was heartily invited to mine and Ben’s tiny, extremely weirdly shaped apartment in Hawthorne California. We had it later in the day so people could attend their family celebrations beforehand, or just sleep in. Frequently the pot luck component ended up being all the leftovers from other people’s family dinners.

Our apartment had been a 5 bedroom family unit that was cut up into our two bedroom unit and three other singles on either side of us. Because of this, our kitchen and living room were one chunky hallway with almost nowhere to sit or stand, but we spent many Thanksgivings there. People happily crammed on our single couch, sitting on pillows and balanced on the entertainment center or the small coffee table. After our two plates, two cups, two bowls and two sets of utensils were used up, we ate off the to-go containers the food came in, pots and pans and napkins as well as each other’s plates.

And we laughed and sometimes we sang songs, and we talked about whatever you talk about when you’re in your 20s and free from the oppressive systems of childhood without yet realizing that you’ve taken them all with you.

Friendsgiving changed over the years. It was a little difficult to figure out how to do it in Oregon when we got here because we actually had family we wanted to see. We tried a few things, but finally we figured out that the Saturday after Thanksgiving is the best possible day for it. Everyone who lives in Portland is ready to socialize again, everyone who came to town is still around, and they’re just tired enough of their loved ones to take off for a little bit. They’ve also run out of leftovers at their house so they’re ready for one more truly big feast before the weekend’s over and they fly out back to wherever they moved to.

The first year of the pandemic, I openly sobbed about Thanksgiving and friendsgiving. We did end up quarantining for two weeks so we could eat with my in-laws while my sister-in-law and her husband joined on Zoom from Idaho. But it wasn’t the same.

For the first time in years, I thought of that cold lonely day in Pasadena. When you’ve been truly alone in the world, you might think that this makes you immune to the pseudo-loneliness of lockdown, but you’d be wrong. All these years later, it’s still something of a wound. And also, I can easily look at my life today and see the transformation.

From that solitary kid, scared and empty in so many ways, I built traditions I love for myself. I found what I value, which is people and chosen family and gratitude and community, and I made something that’s meaningful and important.

This year’s friendsgiving was much smaller than previous years, but it was important to me to be able to have one again. Some people ate outside, some inside, some kept their masks on, and some didn’t. We had the windows open, which made it pretty cold. There’s definitely things I will do differently if conditions are the similar next year. More blankets, and an outdoor heater, for example.

Like every friendsgiving that came before, it wasn’t perfect. But we sat around and we laughed and talked and the important traditions of time spent with friends and chosen family were observed in this house again, and it was wonderful.