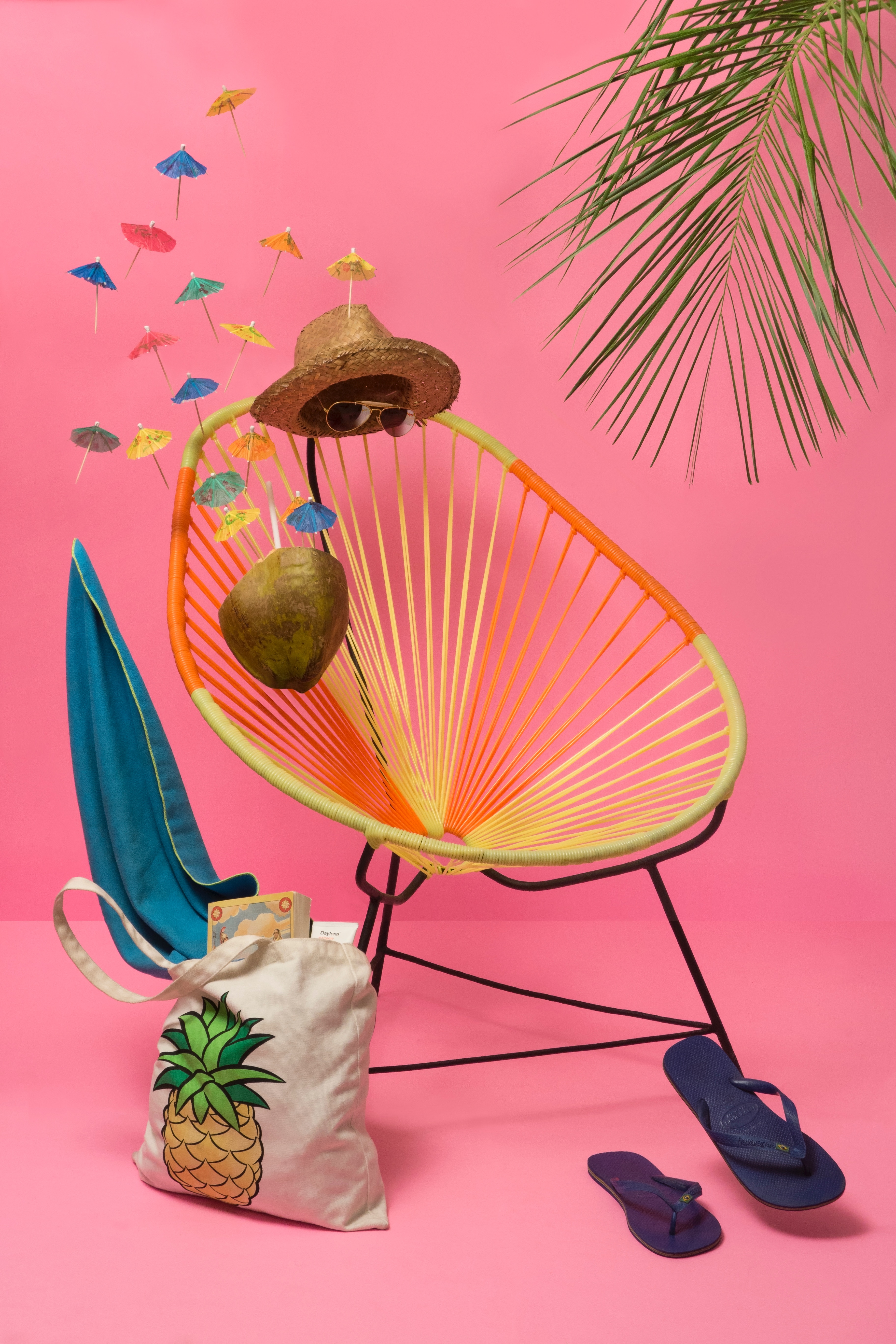 ADVICE: How Not to Be an Invisible Queer

Photo by Lionel Gustave on Unsplash

An anonymous friend has written in asking for some queer family advice. I’m quoting the request in full because it feels really important that this be portrayed in their own words.

“My sister has been an out lesbian since she was 13. I also identify as queer, but unlike her, I date cis men as well. I didn’t come out until I was 21 and even then kept it relatively low-key.

The last couple of years we have been drifting apart. She is going through a rough time right now, but even in the years prior her gold-star gatekeeping was really bad. She invalidates asexuality and even trans women to some degree, and doesn’t take bi or pansexuality seriously.

A couple of years ago pretty much my whole queer social circle fell apart after a rough end to a queerplatonic partnership, and I’ve been somewhat incognito since. Nobody uses my neutral pronouns in my life, which I usually don’t care about, but it does feel like I have fundamentally little support to be out of the closet.

Things came to a head when she sent me some meme about [her] being the gayest relative at Xmas and defending that position, and I told her that I’m not about to laugh about that until she actually does something [to be more supportive of my identity]. She is self aware of these issues and is likely much better about it with her friends, but for some reason me, her sister, doesn’t get the same treatment.

I understand that as someone with straight-passing privilege (diluted as it is, everyone seems to laugh when I say that), I don’t experience the same oppression she does. But I also feel like my own issues, including extensive abuse related to my connections to cis men, aren’t important to her. My question is, what can I do to help us both see eye to eye and support each other?”

I find it significant that, while you are frustrated with your sister, at no point did you invalidate her identity as a lesbian. The same can’t be said of her behavior towards you. In fact, it seems like she’s not even frustrated with you and yet she dismisses your identity, as well as that of a host of other queer people. She may be having a hard time, but that doesn’t give her permission to be shitty to anyone who isn’t exactly like her.

If cis-gay culture has taught us anything it’s that all us queers are just people. We can just as easily be bigoted and shitty, and ignore or erase the contributions of trans people and people of color and be racist, sexist shitheads as much as any pastor, president or Fox News talking head.

Growing up gay in a homophobic society does not teach people tolerance. It teaches them about suffering and how best to inflict it. You don’t learn pacificm from violence. You may internalize a fear of violence, but without going out and seeking an education in addition to that, all you know is that you want to avoid being a victim again. And for people who or who are currently unable to process their trauma, this usually means being the aggressor.

Tolerance and allyship can’t be taught, but it can be modeled. Becoming an ally or as some people say, and accomplice in queer/black/poor/trans/worker/immigrant/etc. liberation is a decision we must make alone within ourselves. It’s as personal as deciding to seek any other kind of recovery because it is recovery work. Recovery from political, historical trauma in addition to personal trauma at the hands of a cis-sexist, heteronormative, white supremacist, capitalist society.

In order to be a true ally to those people who have different marginalizations than us, a person must continually decided to do ally work. Allyship is a daily and sometimes hourly practice wherein we must be brave enough to stand up for our principals and humble enough to push forward an agenda that centers on people who are usually not us, in addition to being open to feedback, prepared to be wrong, and willing to work on it.

I know you know this, and I also remember that you told me you’re ready to hear the harsh truth. The harsh truth here is that, despite your long history of activism and allyship, you are not being a good ally in this situation. You are not standing up for your principals when it comes to your own non-binary identity and community, and you’re not standing up for our binary trans sisters as well as bi and pansexual people your sister is choosing to disparage and malign.

For whatever reason, you’re not standing up for yourself or putting up and maintaining boundaries with her in regard to what kind of language you are able to hear from her. And this inability to value yourself is leading to an inability to value others in our community.

Quickly, I want to acknowledge that a person should never feel like they have to be a good ally when doing so would cause them personal harm or danger, and a family dynamic is something no one can truly understand from the outside.

Yes, there are people who chose to put themselves in danger for the sake of others, I’ve made that choice and I know you’ve made it as well. But that doesn’t mean we have to be the ones to do it every time the opportunity arises. That’s a personal decision every time it comes up and every circumstance is different.

Something I’ve learned is that while my own judgement may not always be sane, it will almost always keep me safe in whichever way it deems to be most important in that moment. Sometimes we put our bodies or minds in danger because it would be more harmful to live in a reality where we could have helped and didn’t.

Sometimes we do it because getting the shit kicked out of us by someone who’s not us seems like a fun change to the day. Both reasons are a certain kind of safe. Neither is always wrong, neither is always right, both are just one of the trillions of options available to us on any given day.

Anyway, back to the advice. It sounds to me that you’re pushing back against what your sister says, but you’re not setting any boundaries. Boundaries can look a lot of different ways. They can look like you saying “so, I’ve been pushing back against your transphobic and dismissive language for a long time now, but you keep going with it. So the next time you start in on that stuff, I’m going to hang up/disconnect/etc. I don’t want to do that, but I can’t have a relationship with someone who doesn’t respect my identity.” Or it can look like you just not answering when she sends you dumb memes. Or anything in between or outside those two things.

I was taught (and still maintain to some extent) the idea that everyone must always be acknowledged. In my mind, the absolute worst thing one person can do to another is ignore them. However, I also had to realize that this was something my abusive parents literally beat into me: that they had to be the center of attention all the time, which means that I must always answer them, no matter what.

Plus, ignoring or blocking out someone who enjoys kicking your ass is usually a bad tactical move. Even if pretending to ignore them can make them mad enough to make mistakes, it should always be a pretense. Which leads me to 20 years later, feeling like I always must respond to every message anybody sends me no matter what or even who they are.

You are not obligated to spend your energy and time on anyone you don’t want to spend that time and energy on for any reason. But especially someone who does not see your identity as valid. If you choose to do so, that’s fine. If you decided to do it one day and not another or visa versa, that’s also fine.

If she’s having a hard time, that’s her business. You’re having a hard time too… with her. You don’t have to set yourself on fire to keep someone else warm. She has her own friends and resources, and she’s a grown person. Perhaps you being honest with her and modeling boundaries is something she needs, but I’d venture to say that it doesn’t actually matter what she needs. It matters what you need.

As for being straight passing, that’s unrelated. Even if you were to turn yourself into Betty fucking Crocker and spend the rest of your days baking cakes, raising kids and sucking cis dick in a mid-mo split level, you’d still be queer as hell. Yes, you’d have privileges you wouldn’t have in a queer relationship, but that wouldn’t change your identity, which is what we’re talking about.

Privilege is important to keep in mind, but it’s not the only factor, and it certainly isn’t the only factor in how we act with our family, both chosen and biological. As complicated a concept it is, I’ve found that family is even more complicated than that.